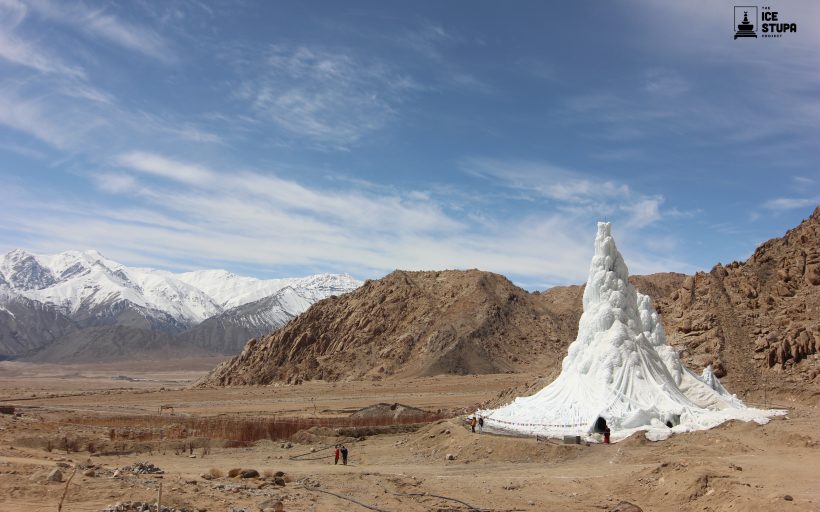 World-wide glacier retreat is one of the most obvious and impressive manifestations of climate warming. On a regional scale, glaciers fluctuations may affect landscape, meltwater supply (reservoirs, irrigation), security of infrastructure and buildings (ice avalanches, outbursts of glacial lakes), and tourist industry (ski areas, attractiveness of alpine scenery). To counter this in the swiss alps, a study based on a 20 year weather data shows that the Morteratsch Glacier (Swiss Alps) can reglaciate and advance again using artificially produced summer snow produced just by gravity. In the Himalayas, the Icestupa Artificial Glacier Technology was pioneered to compensate for reduced runoff by reutilising unused winter meltwater for irrigation. Such interventions can sustain the mountain regions as water towers of the world and also provide economical stability by strengthening agricultural production and tourism development.

The idea is very simple and needs no pumps or power. We all know that water maintains its level. Therefore water piped from 60m upstream would easily rise close to 60m up from ground when it reaches the village. For simplicity we can imagine that the pipe is mounted on a mobile-phone tower of that height, and then it is made to fall from that height in cold Ladakhi winter nights when it is -30 to -50°C outside (with wind chill factor). The water would freeze by the time it reaches the ground and slowly form a huge cone or Ice Stupa roughly 30 to 50m high. In reality we won’t even need a tower structure since we can let the piped water first freeze at the ground level and then mount higher meter by meter as the thickness of the ice grows, finally reaching close to the height of the source.

The idea is also to conserve this tower of ice as long into the summer as possible so that as it melts, it feeds the fields until the real glacial melt waters start flowing in June. Since these ice cones extend vertically upwards towards the sun, they receive fewer of the sun’s rays per the volume of water stored; hence, they will take much longer to melt compared to an artificial glacier of the same volume formed horizontally on a flat surface.

Ladakh, Himalayas: Mountain farmers in many villages in Ladakh have adopted the Ice Stupas as a water storage technology to use the winter glacial meltwater in the high demand irrigation season of April and May.
Sikkim, Himalayas: South Lhonak Lake, one of the largest glacial lakes in the Himalayan Range, is currently being drained to not just reduce the risks of a GLOF but also reglaciate the region using the siphoned water every winter.
Graubunden, Swiss Alps: Morteratsch glacier, one of the most popular glaciers in the world and a living symbol of climate change is planned to be preserved using cable car run snow machines that compensate for the poor precipitation over the past winters by spraying a 5m thick artificial snow cover on a climate sensitive region of the glacier.

Controlled discharge of glacial lakes :  Combined with a siphon drainage system and automated construction mechanism of artificial glaciers, the glacial lakes can be drained and simultaneously snow covered ice sheets can be designed that melt as per requirement in the summer and continue growing until the glacial water reservoir is exhausted.
Sustainable Economy for mountain farmers: The technology can be crowdsoursed to farmers who have these “Ice Hotels” as a touristic attraction in the winter which turns into a water reservoir in early spring. 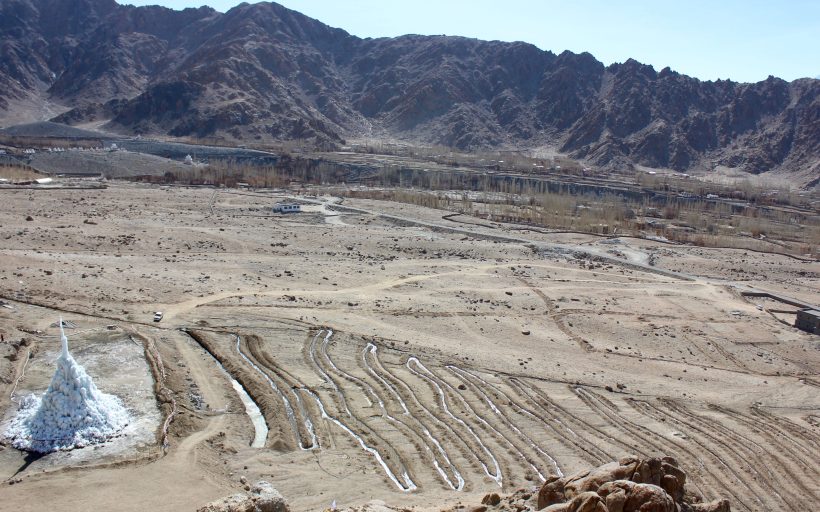 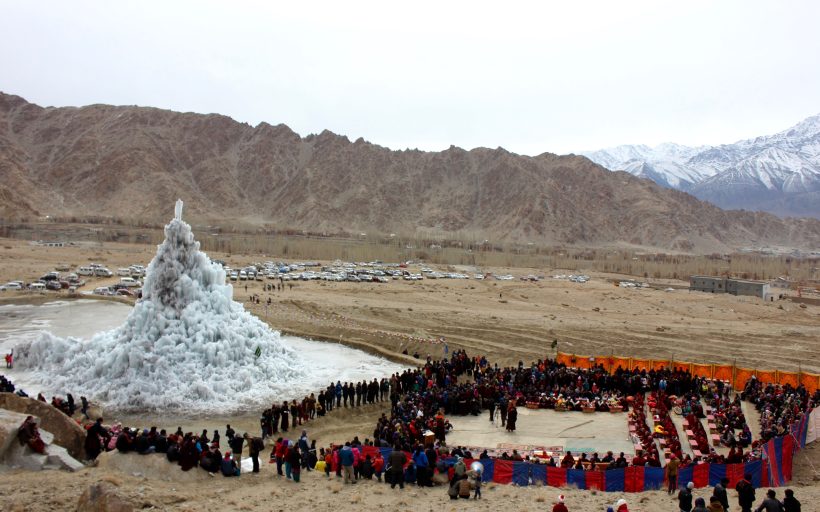 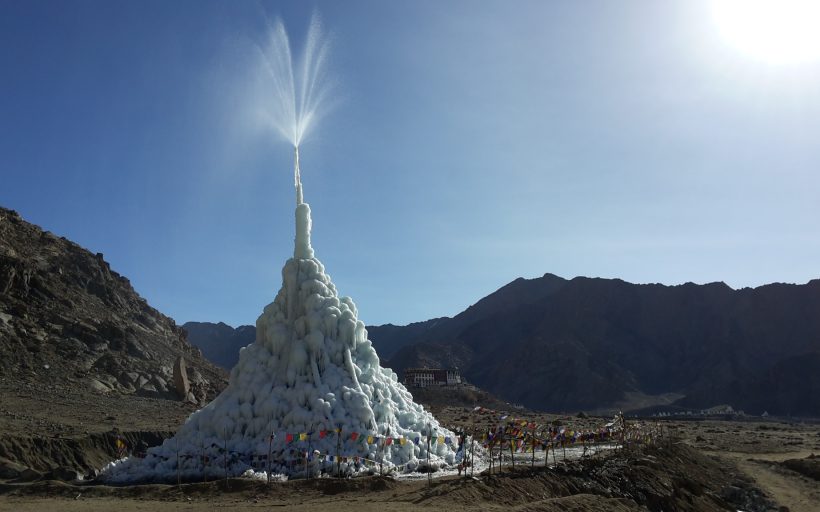 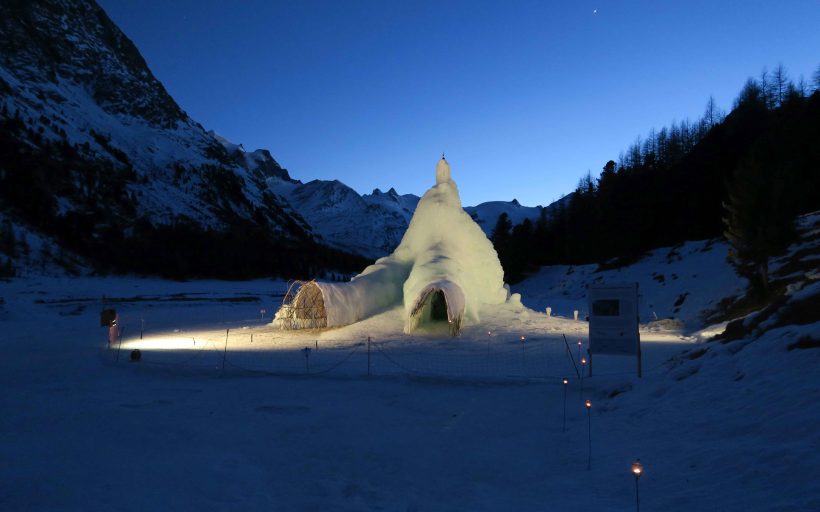 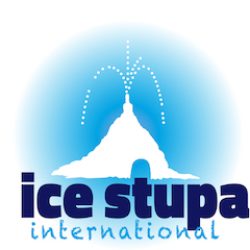 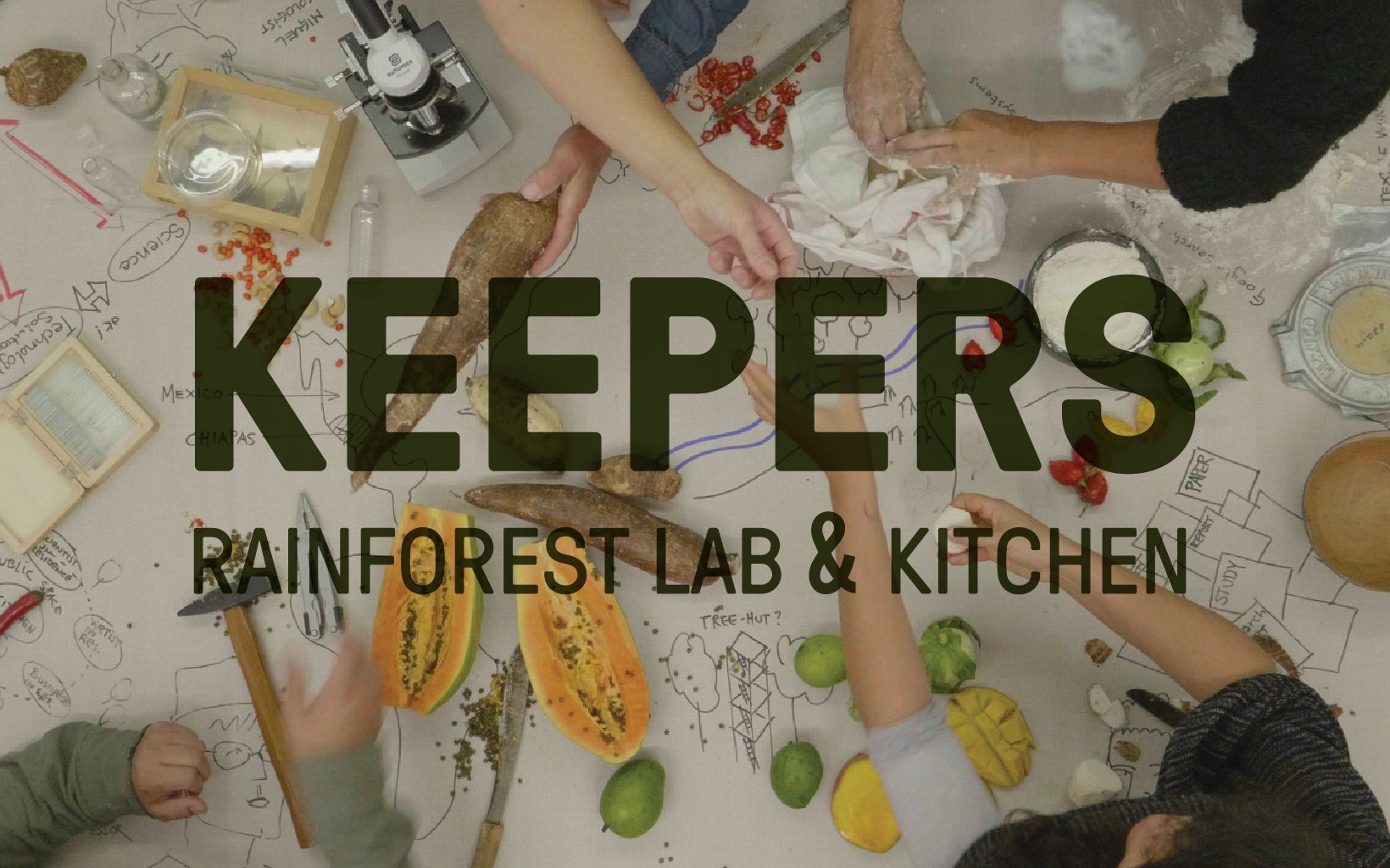 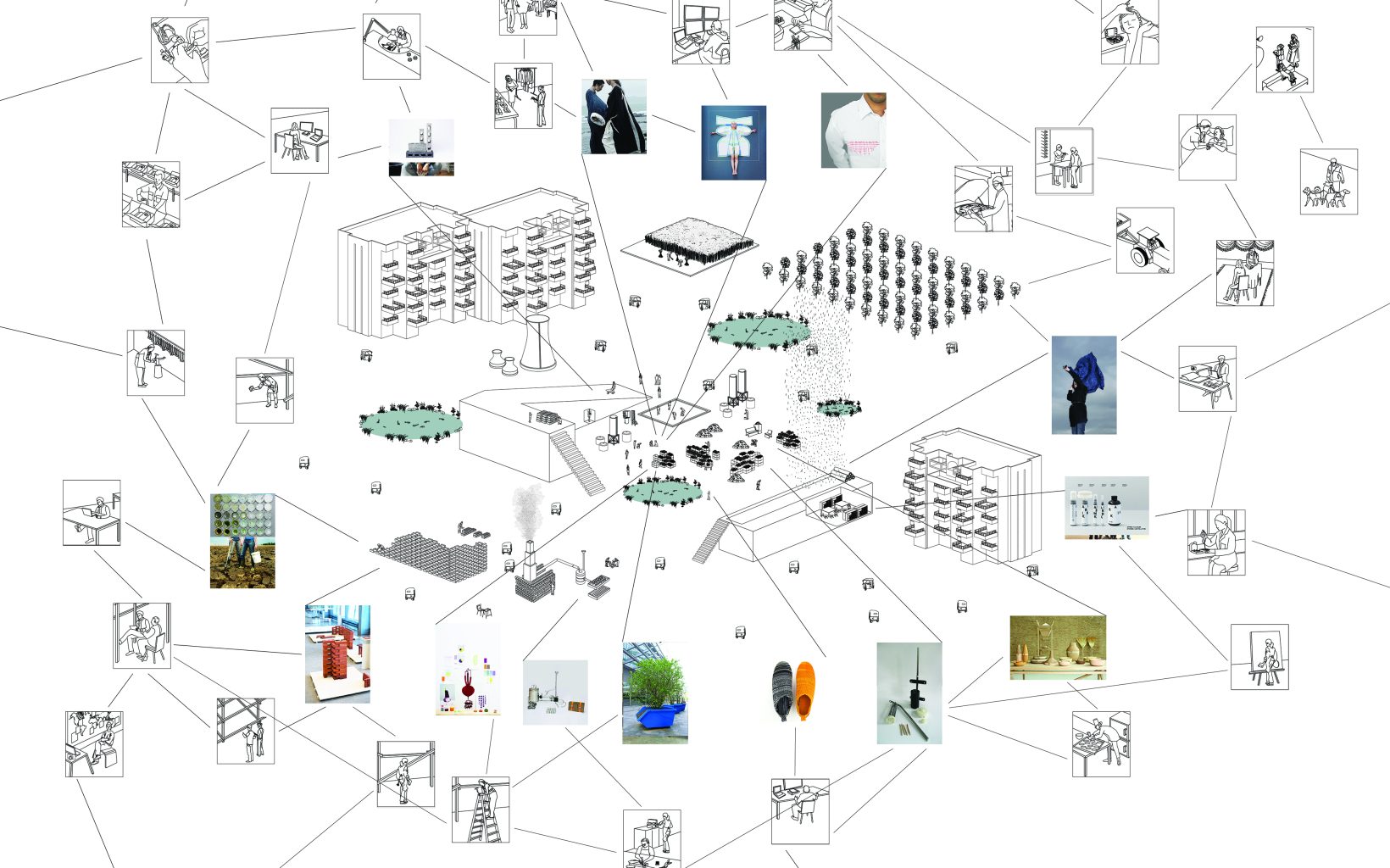 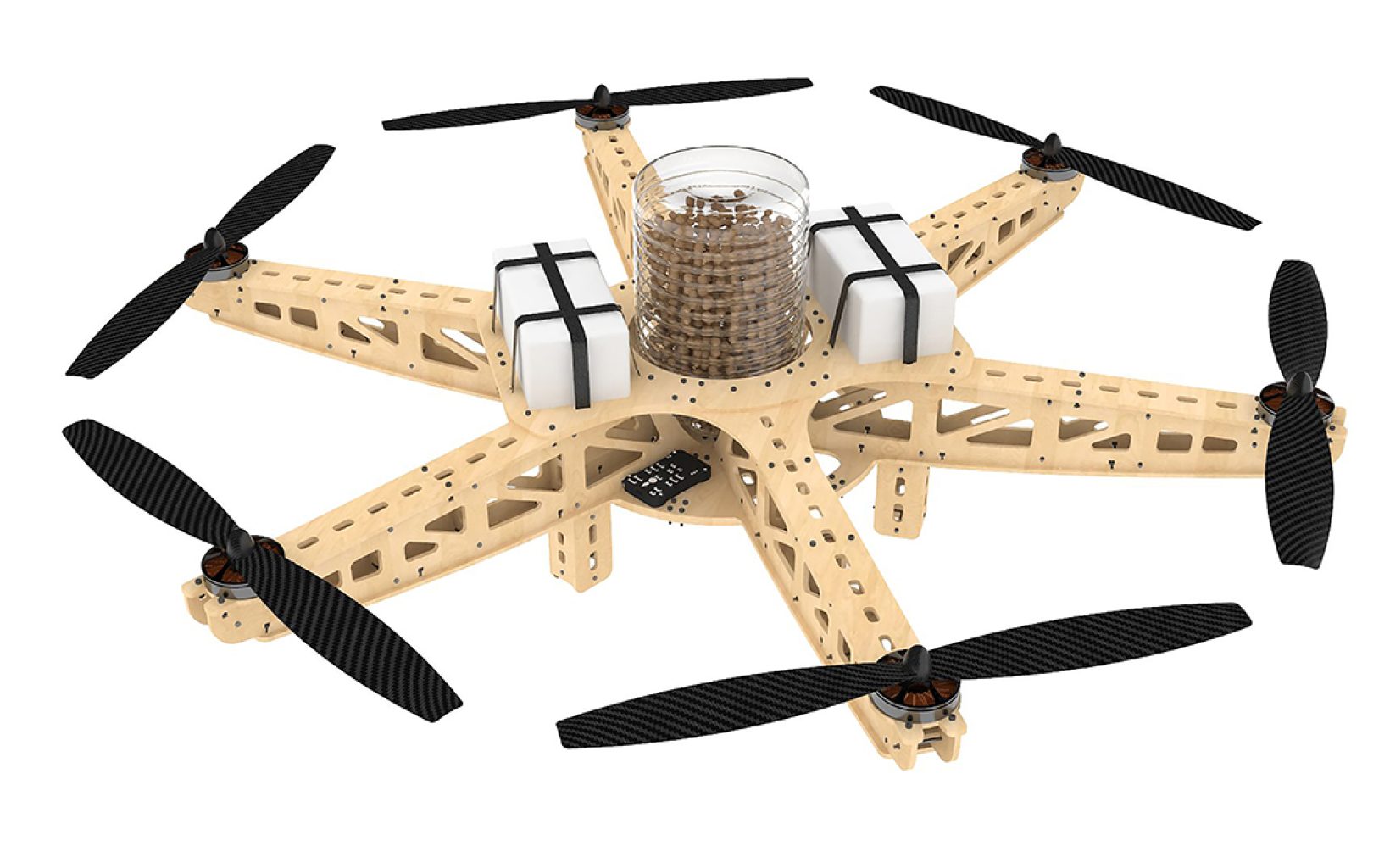